Californians passed Proposition 13 in June 1978 with 65 percent of the vote. The constitutional amendment fundamentally changed how both state and local governments work. Here’s what you need to know.

Led by a curmudgeonly tax fighter named Howard Jarvis — and the fear of being taxed out of their homes — California voters 40 years ago overwhelmingly passed Proposition 13. The landmark measure slashed property taxes and limited how much they could go up. It also tied tax rates to the purchase price of a home rather than to the wild fluctuations of California’s housing market.

Jon Coupal is the current president of a group that bears the name of Prop. 13’s godfather, the Howard Jarvis Taxpayers Association. He says voters were motivated to pass Prop. 13 by “a combination of fear and anger.” “Fear of losing their homes and anger over this attitude that governments could not reduce their spending,” Coupal says. Prop. 13, officially called the People’s Initiative to Limit Property Taxation, remains popular four decades later.

Supporters credit it with preserving the California dream for a generation of homeowners. They say it has allowed neighborhoods to stay intact, helping older residents on fixed-incomes to remain in their homes rather than being forced out by high tax bills. 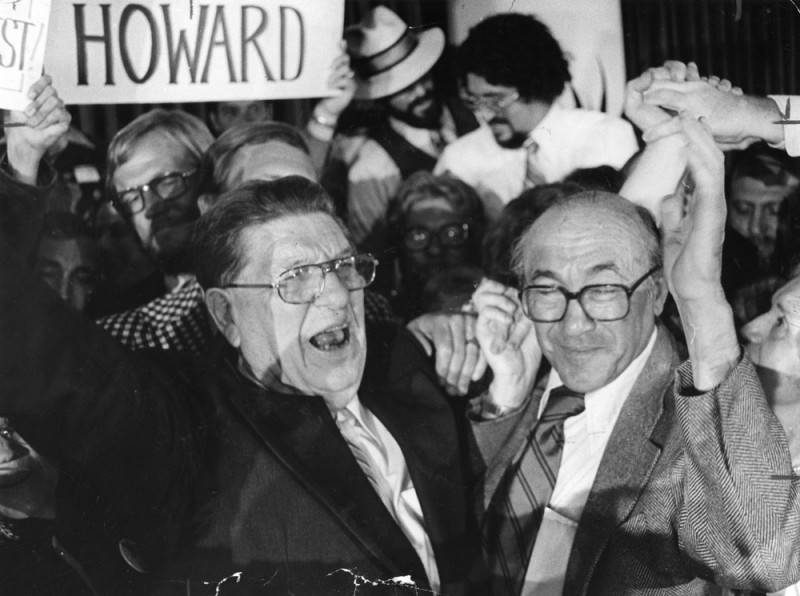 Critics say that’s come at a considerable cost. They argue the measure cut too deeply into the foundation of tax revenue for local governments. And they say it has spurred fees on specific groups of taxpayers to pay for parks, schools, sewers and other services.

Prop. 13 means newer homeowners pay significantly higher property taxes as a result of the inflated home values in the state. Meanwhile, longtime homeowners are paying far less to the government, based on the purchase price of their home.

Led by a tax fighter

The so-called “taxpayer’s revolt” was led by Jarvis, a Utah native born in 1903. By the age of 30, he owned several small newspapers and was active in Republican politics. He moved to California in the 1930s and ran several times unsuccessfully for mayor of Los Angeles on an anti-tax platform.

Jarvis gained a reputation as a harsh government critic. He worked for more than a decade to change the state’s property tax laws.

Prop. 13, as Jarvis described it in a 1978 press conference, was a way to push back against “the moochers and loafers” in government.

“They’re just destroying the country,” said Jarvis. “They’re just like a bunch of locusts going through a grain field and when they get through there, no grain is left.”

But the biggest fear, says Coupal, was that property tax bills would climb so high they’d drive owners out of their homes.

In the 1970s California home prices nearly tripled. Property tax bills soared along with them.

“What was happening,” Coupal says, “is you had some people, particularly in Southern California, who had long since paid off their homes and yet when they got an annual tax bill, it could have been double or triple from the previous year.”

The campaign for Prop. 13 didn’t spend much money on slick TV advertisements or other paid media, Coupal says. Instead, it relied on a grassroots movement and Jarvis’s persistent support for it nearly every night on Ray Briem’s radio talk show on KABC in Los Angeles.

Back in the 1970s, California home prices nearly tripled. And property taxes soared right along with them.

Prop. 13 capped the property tax rate at 1 percent, plus other locally levied taxes. Before, the statewide average rate was 2.67 percent. It also limited the amount a property’s taxable value could increase to 2 percent per year, or the rate of inflation, whichever is lower.

That formula remains the same for a home unless it is sold, in which case the property tax rate is assessed at the new purchase price.

Prop. 13 was sold to voters as a way to protect homeowners. At the time, the state was booming economically but it was also experiencing growing pains. The population had doubled to 20 million between 1950 and 1970. During much of the 1970s, there was rampant inflation, surpassing 10 percent in several years.

‘I cannot afford this’

By late 1977, more than 1.5 million Californians had signed petitions to qualify Prop. 13 for the next year’s June ballot.

Worry over ever-climbing property tax bills was growing, says Leslie Davis, who was ending her first year as an appraiser for Contra Costa County as the vote on the measure loomed.

“There was no limitation on how high an assessor could increase a [property] value in a year. The limitation was what the real estate market was doing,” Davis recalls.

Davis is now president-elect of the California Assessor’s Association and serves as the Calaveras County Assessor.

“I remember in May of 1978 when we had sent out assessed value notice cards, we were receiving phone calls from folks who were telling us, ‘I cannot afford this. If I have to pay my taxes, I’m gonna miss a mortgage payment.’ ”

On June 6, 1978, Prop. 13 passed with the support of nearly two-thirds of California voters. 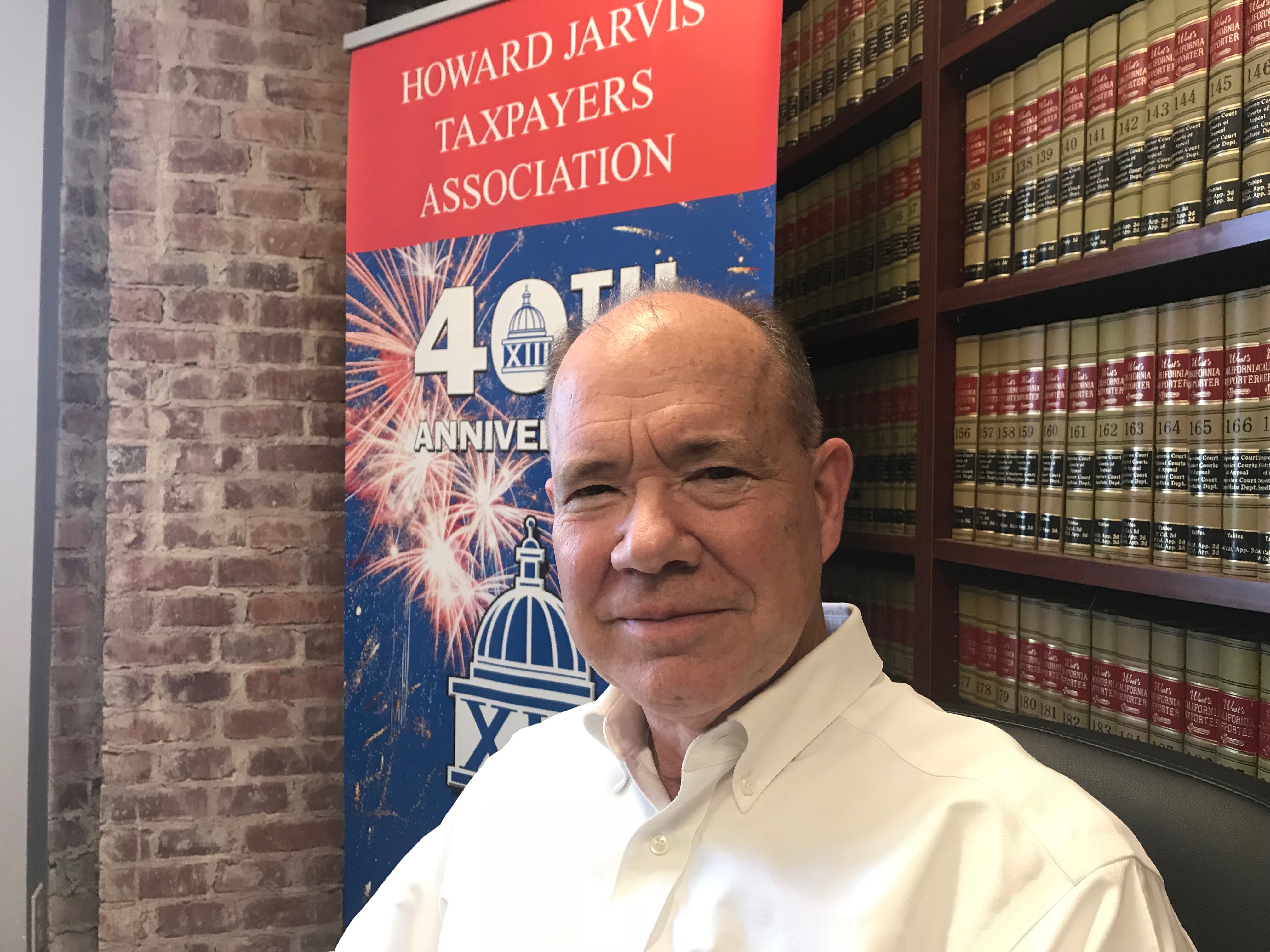 Before the measure passed, property tax accounted for 90 percent of all the tax income local governments used to pay for basic services, from public safety to road repairs. Municipalities also had the ability to adjust property tax rates as they saw fit.

Henry Gardner was assistant city manager for the city of Oakland in 1978. Prior to the June election, he had been advising community groups and city councilmembers on what would happen to city services should Prop. 13 pass.

“What I remember most is the day after the election,” says Gardner, who went on to become Oakland’s city manager a few years later. “I don’t think the actual effect of Prop. 13 really sank in for us until then, when we had to face the fact that those dire predictions had to be executed.”

Gardner recalls that within weeks, four Oakland fire stations and eight library branches were closed. A local museum was forced to scale back its hours. The city repaved its roads less frequently.

“For several years after Prop. 13, we had to keep reminding the city council, you can’t even retain what you have,” says Gardner.

Not every California city was forced to make the cutbacks Oakland did. In 1979, a state budget surplus helped cushion initial revenue losses by local government.

“They also imposed on homeowners and new homes what are called impact fees where you pay it and it’s included in the price of your home,” says Taylor.

Over time, those impact fees have played a role in pushing housing prices up and housing supplies down.

“The clear losers are the millennials,” said Dowell Myers, a demography and urban planning professor at USC.

“The new people come along, and have the highest expenses for house purchase, which they can’t really afford,” says Myers, “they have two earners working both to pay the mortgage and they are paying super high taxes to make up for low taxes. They are getting killed.”

Prop. 13 helped save the California dream for one generation, says Myers, but now it is making that same dream tougher for the next.